Facts and Figures Around Explainer Videos (and other great video stats) 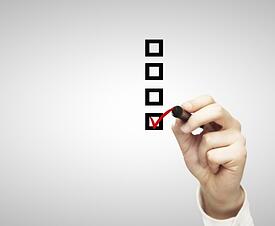 Not using explainer videos as part of your online marketing strategy is already causing your company to fall behind your competition. The truth is that video content appeals to more and more Internet users and the explosive trend of consumers turning to video to aid in their buying decisions will only increase. The statistics are staggering, and they speak for themselves.

By 2017, 69% of all online traffic will consist of video content. That percentage includes the video-on-demand explainer format, which will have almost tripled during that time period. Video is not only the primary means many people use for entertainment, but it is also where consumers turn to most often when researching products. Businesses of all sizes should be using explainer video right now, and many already see it as it is: the future of online content marketing.

When polled, 90% of online shoppers said they found videos helpful in making decisions. They’re viewing video for a variety of reasons, whether it’s to see the how-to’s about a product or tune into customer testimonials. Online marketplaces that include explainers on their product pages overwhelmingly report that sales are higher compared to those with no video.

Explainer videos less than 15 seconds long are shared 37% more often. This figure comes from comparing the short format of an explainer to those videos that were 30 seconds to one minute in length. Longer videos perform even worse, as you tend to lose your audience around the one-minute mark. Clearly, you need to engage viewers right from the start as their attention spans are short, and they’ll never make it through to your call to action.

There’s a distinct attention span gap between desktop and mobile viewers. Twenty percent of those tuning into video content via their desktop will leave the page if you haven’t caught their attention within the first 10 seconds. This is a short flash of time to cram a marketing message into. It gets even worse as the video plays on, as about one-third of viewers click back at around 30 seconds, and almost half are gone when the timer hits one minute. You can lose up to 60% of your audience if your video reaches two minutes or more.

However, mobile users seem to have a little more patience. Consumers using iPhones will stick around for almost 2.5 minutes while their Android counterparts pay attention for up to three minutes. Optimize your video for iPad, and you’ll get the best benefit available. These viewers will watch a video for an average of five minutes.

The majority of senior executives would rather watch video. Depending on the nature of your business, your target audience may fall into the categories of C-Level or other corporate executives. In a poll conducted by Forbes, 75% of business stakeholders view industry-related video at least once during the work week. Half of those watched on YouTube, and almost two-thirds of these executives clicked through to the marketer’s landing page after viewing.

These facts and figures might not be enough to convince you that explainer videos should be in your marketing toolkit, but your competition has certainly caught on. You need to be where your customers are hanging out, and many of them aren't big fans of text content. Don’t be left behind.